IT WAS NOT SO FROM THE BEGINNING

by AmenRadio
in Be Inspired, The Real Talk
Reading Time: 5min read
0
Share on FacebookShare on Twitter

IT WAS NOT SO FROM THE BEGINNING

“The Pharisees also came unto him, tempting him, and saying unto him, Is it lawful for a man to put away his wife for every cause? And he answered and said unto them, Have ye not read, that he which made them at the beginning made them male and female,  He saith unto them, Moses because of the hardness of your hearts suffered you to put away your wives: but from the beginning it was not so.” (Matthew 19:3-8)

Honestly, God hates divorce and separation when it comes to marital union. Jesus clearly states it that from the beginning of the creation of man and purpose, it is not a mandatory course that man and woman should be divorced although, Apostle Paul said,

“And unto the married I command, yet not I, but the Lord, Let not the wife depart from her husband…” 1Corithians 7:10 giving this exception in very serious and exceptional cases that,

“But and if she depart, let her remain unmarried or be reconciled to her husband: and let not the husband put away his wife.”  1Corithians 7:11

This can only mean one thing, that when married decide to quit their relationship, it should not be banked on the idea of divorce; both can go their separate ways having in mind that hates that way of life, but for the sake of peace. Thereby, giving this condition that, both parties should never remarry. Jesus gave reason why this condition is cannot be removed,

Since Jesus was there when His Father, now our Father joined the first and woman together, He knew too much to contradict the Will of his Father about marriage. That is why it is mostly advised that if you are not prepared for marriage, do not dabble into it because once you do, after making a vow to God on  your wedding ceremony, you are bounded by the words of your mouth to fulfill to every letter of words you spoke. I remember what my Sunday school teacher says about marriage when he is advising the church, he says, ‘Love is blind but marriage is an eye opener.’

AS funny as this may sound it is the truth because from the beginning, God ordained an eternal structure for marriage not temporary that we find modern day Christians doing now!

It is so irritating that the so called Christians now divorce and say it is God’s will for them to divorce, so I ask, ‘Didn’t you claim it was God’s will before you got married?’. May God have mercy! Mind you, there is nothing like modern day Christians, afterall, Jesus did not die in the 21st century! Moreso, you should know that Christianity is not a religion!

Dear viewers of Amen Radio, fans, we love you to know this truth. It was not so from the beginning that married couple should divorce even though the Law of our country legalizes it. Why did the Law of Nigeria Legalize divorce? I believe basically, that it is in the intention of our government that every citizen should have equal rights in Human Right standing. The Law believes that no one is above another, therefore if some men or women think marriage has made them Lords over their spouses, the Law of Nigeria puts a caution on that. Especially for the sake of peace as a result of the hardness of heart of their citizen, that they should divorce, and live in peace and avoid unnecessary provocation among citizens. Even Jesus made the children of Israel to understand why Moses, the Law giver to File them a document of divorce, He said,

“They say unto him, Why did Moses then command to give a writing of divorcement, and to put her away?  He saith unto them, Moses because of the hardness of your hearts suffered you to put away your wives: but from the beginning it was not so.” Matthew 19: 7-8

From the beginning, specifically the garden of Eden, God officially ordained his purpose concerning man and woman, in this summary, companionship.

“And the LORD God said, It is not good that the man should be alone; I will make him an help meet for him.  And out of the ground the LORD God formed every beast of the field, and every fowl of the air; and brought them unto Adam to see what he would call them: and whatsoever Adam called every living creature, that was the name thereof.  And Adam gave names to all cattle, and to the fowl of the air, and to every beast of the field; but for Adam there was not found an help meet for him.  And the LORD God caused a deep sleep to fall upon Adam, and he slept: and he took one of his ribs, and closed up the flesh instead thereof;  And the rib, which the LORD God had taken from man, made he a woman, and brought her unto the man.  And Adam said, This is now bone of my bones, and flesh of my flesh: she shall be called Woman, because she was taken out of Man.  Therefore shall a man leave his father and his mother, and shall cleave unto his wife: and they shall be one flesh.  And they were both naked, the man and his wife, and were not ashamed.”  Genesis 2: 18-25

“So God created man in his own image, in the image of God created he him; male and female created he them , And God blessed them, and God said unto them, Be fruitful, and multiply, and replenish the earth, and subdue it: and have dominion over the fish of the sea, and over the fowl of the air, and over every living thing that moveth upon the earth”. Genesis 1:26-27

Let us not ask for mercies of God in vain when we do not obey his word to the letter. It is true, God is merciful but if we continue in sin and expect the graciousness to continue, God forbid!. God will definitely punish every sinner that refuses to repent, for the salvation of God has appeared unto all men. God hates divorce; from the beginning he never liked the idea of divorce. From the beginning, it was not so, so repent! 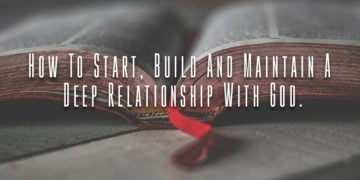 How To Start, Build And Maintain A Deep Relationship With God. 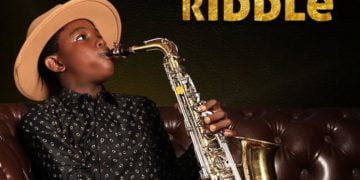 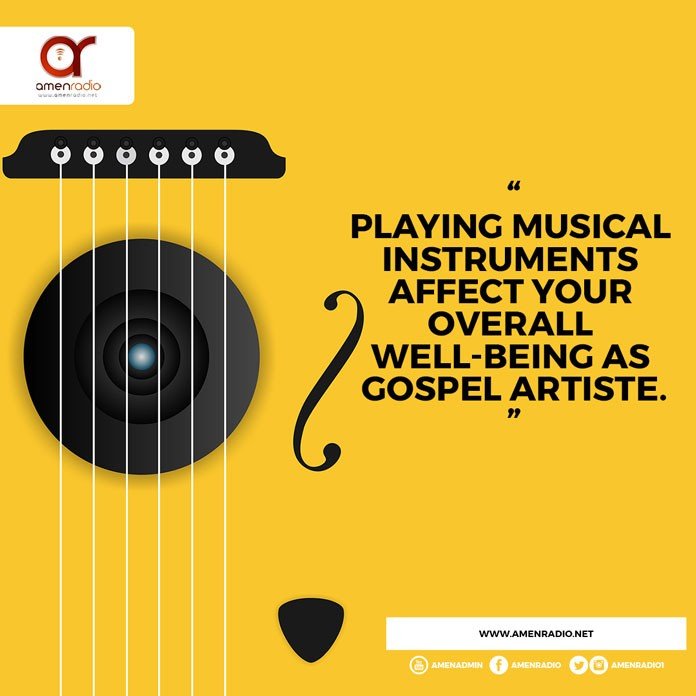 Mental & Physical Benefits of Playing A Musical Instrument As A Gospel Artiste.